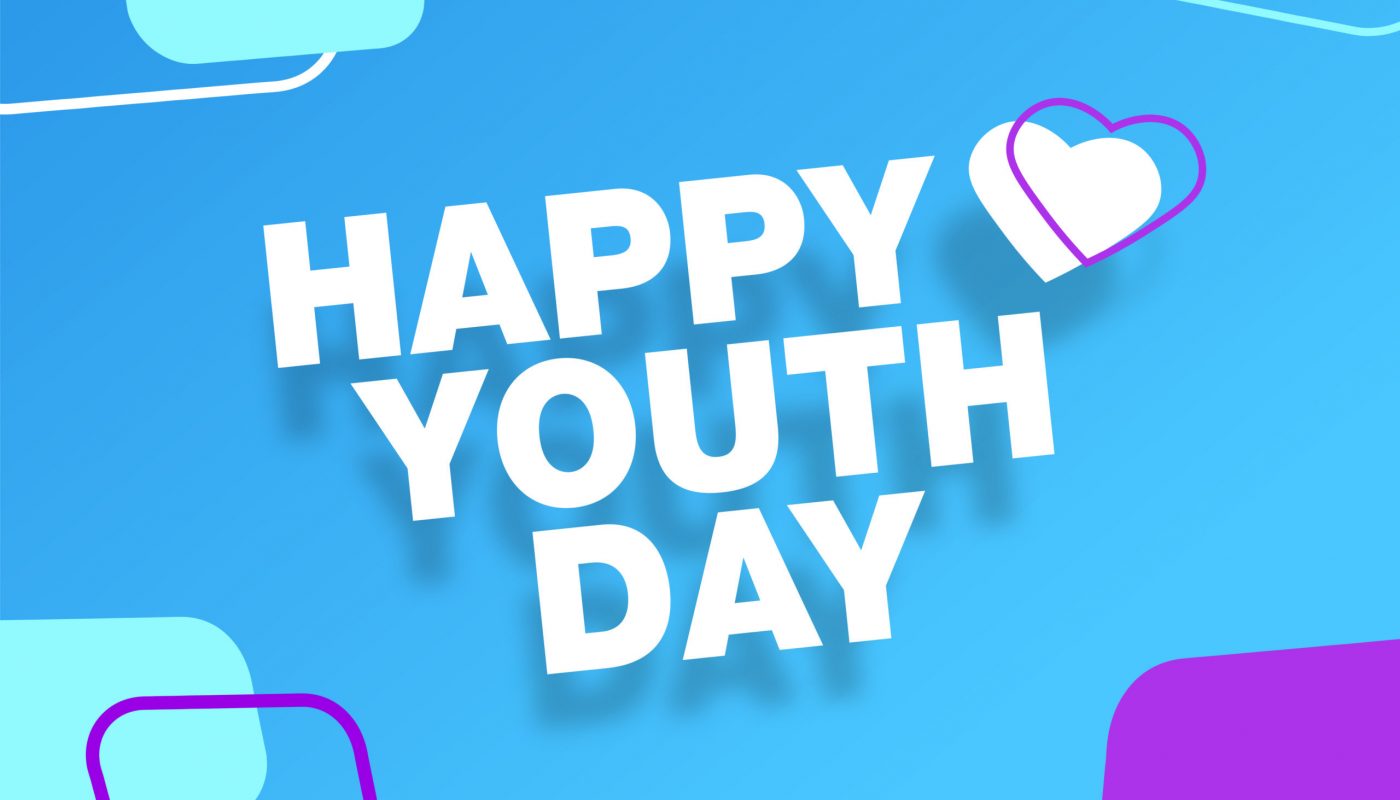 On June 16 1976, approximately 10 000 students were mobilised by the South African Students Movement’s Action Committee and marched peacefully to protest against the iniquity of Bantu Education and the imposition of Afrikaans as a medium of instruction in township schools.

At the time, these were the harrowing issues faced by school kids. Kids who just wanted to learn in their mother tongue – and have equal opportunities to thrive.

That fateful day was momentous in the fight for a better South Africa. Today, June 16, is celebrated as Youth day – an annual acknowledgement of the youth’s power to make a difference! The day is also an opportunity to acknowledge the struggles and difficulties facing South African youth 45 years down the line and identify solutions to these issues.

The right to education

Section 29 of the South African Constitution reads that every citizen has the right to primary education and further education. The state, through reasonable measures, must make this progressively available and accessible.

The country’s education system has undoubtedly moved in leaps and bounds to conquer the previously discriminatory legislation around education – but even though we’ve come so far, there are still serious challenges facing SA’s students and graduates alike.

South Africa faces rampant unemployment and, quite honestly, an unequally yoked education sector that is more beneficial to more privileged areas, particularly now that online learning is fast becoming the new normal. This, as well as lack of internet infrastructure and the ever-rising price of tertiary programmes, means that many youths probably won’t gain a university or college qualification, which leaves them with no choice but to fill unskilled labour positions to make ends meet.

The number of unemployed persons has also remained almost unchanged at 7.2 million compared to the fourth quarter of 2020 – an increase of 8,000.

More specifically, Graduate employment is 23% lower than the national average. In addition, unemployment amongst university graduates is 9% compared to the 46% unemployment rate amongst the underqualified or unqualified youth.

This shocking statistic is evidence that proper tertiary education is the key to solving the unemployment issue.

School fees are a contentious issue. The SA school fees for 2021 are as follow:

Besides the monthly tuition costs, there are other fees such as laptops, textbooks, travelling fair and many other hidden expenses.

“In 2020, many parents found themselves having to purchase online equipment such as laptops and other digital devices when schools were closed as a result of Covid-19, to ensure continuous learning via online platforms,” André Wentzel, solutions manager at Sanlam, told Business Tech.

Parents are looking upwards of R1 million in 2021 to put a child through primary and tertiary education alone.

He said that, historically, education costs have increased by 2 – 3% above general inflation. This means that, over time, they’ve become a more significant proportion of a household’s budget.

A practical solution to this is creating a more affordable education that is accessible to all. Marketing Manager at The Student Hub, Jarrod Jacobs, says; “by lowering the cost of entry, in terms of the time and money needed to study, and by expanding the reach and capacity of tertiary institutions by taking their courses online, we can ensure that South Africa produces more graduates who have the skills needed to contribute to the economy”.

The Student Hub is an Education Technology company that enables Technical and Vocational Education and Training (TVET) colleges to optimise and digitise their content by providing the platform and tools to offer their courses on a state-of-the-art, zero-rated E-Learning platform.

Then, the 2020 National Lockdown even further highlighted the lack of access and infrastructure – and proved the divide between students from more well off, modernised areas who could receive online learning without a glitch, and students from more rural parts of the country who couldn’t – and consequently missed out on a large amount of that year’s curriculum. Because all schools had to close indefinitely, the education department found itself in a scramble to continue at home learning that was equally effective for everyone, from a primary to a tertiary level.

SABC News explained in an article on ‘SA’s limited internet freedom’ in February; that because of the impromptu lockdown restrictions and closures, “[students] who could afford data and had adequate access to resources and data could continue learning online. The less privileged students, unfortunately, fell behind. This is because they could not afford data or did not have access to computers or laptops.

As registrations for universities and colleges reopened for the 2021 academic year, some students across parts of South Africa experienced significant challenges with online registration systems”.

Further to this, students who have laptops and computers and even wifi still face the challenge of insufficient data and poor internet connection.

But there is a solution on the cards. Jacob’s continues, “We understand that to truly democratise online education; we need to level the playing field as much as possible – that is why we have zero-rated our learning platform. This means that even if students do not have access to data, they can still access their course material, reach out for assistance on the platform and attend online sessions with their lecturers”. 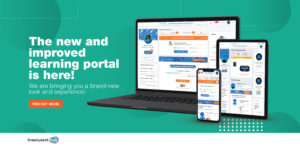 The Student Hub’s innovative, zero-rated learning platform, ERAOnline, has just gotten a much-anticipated makeover, and the response from users has been overwhelmingly positive – with 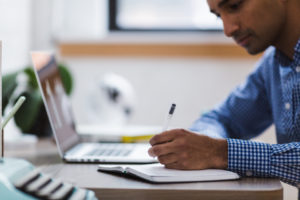 How to create opportunities in your career

It is always a good idea to take stock of your career goals and set out a plan to follow every few years, to reach career success. 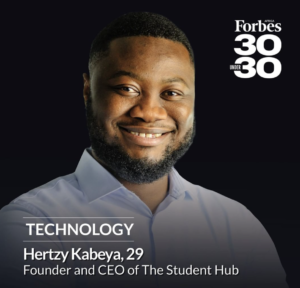 Hertzy Kabeya, 29, the CEO and founder of ed-tech start-up, The Student Hub, has been selected as one of the featured professionals on the 2021 Forbes Africa 30 under 30 list.

Acquire The Skills You Need. Qualify For The Job You Want.

Subscribe to our newsletter to learn about all of our educational opportunities!

Get To Know Us

Menu
We use cookies to enhance your experience on our site, analyse site usage, personalise ads, and provide social media features. By clicking Accept or closing this banner, you agree to the storing of cookies on your device.
Accept & Close
View our Cookie Policy